Whether it be in prose writing, film and TV or even casual daily conversation, clichés litter our cultural landscape like a tall pile of papers battling a strong gust of wind. Most clichés however, never set out to be such an irritation, innocently beginning life as smart remarks that later became victims of their own success. Here at Pen Heaven we wouldn’t be seen dead using a cliché… ahem.  Today we take a look at the origins of ten clichés, and invite some of the net’s best writing bloggers to offer alternatives to some of the phrases they find most suspect.

Hotcakes were a popular American savoury snack made of cornmeal and cooked in pork lard. They were so popular in the 19thcentury that if anything sold well they were said to have sold ‘like hotcakes’. This phrase has been in circulation so long that the foodstuffs it refers to have since become unpopular, so perhaps it’s time we cooked up a new phrase. 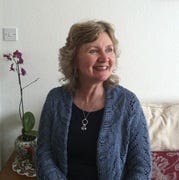 Perhaps not quite as grating as some of the other clichés on the list, this phrase has been used far too often to end an anecdote. The problem is that it doesn’t really say anything. Instead of adding any value to what is written it suggests that an author has no idea how to write an epilogue or give us any further insights into their story.

When it comes to clichés, Cathie Hartigan, one of the trio of bloggers behind CreativeWritingMatters.co.uk doesn’t like to make a mountain out of a mole hill, or rather, as she puts it, she doesn’t want to ‘make a muffin from ‘nuffin’!’. A creative writing lecturer at Exeter College for nine years and co-author of The Creative Writing Student’s Handbook, Cathie is not easily impressed by those who are ‘all talk and no action’, or as she likes to word it, ‘all ink and no pen’.

Not many people need to avoid plague these days. Plaque maybe, but not plague. Since the thing we’re being advised to avoid no longer exists then perhaps it’s time to re-evaluate our use of the term.

Prior to the 20th century ‘letting her hair down’ was a clear sign that a lady had reached the end of her social day. Since making her hair look appropriate for public appearance was a time-consuming chore, she would never remove all the pins and casually ‘let her hair down’ on a whim before the day was over. Of course these days wearing one’s hair has become a much less elaborate affair.

Author K.M. Weiland has her own personal favourites when it comes to clichés she loathes and, being an IPPY (Independent Publisher Award) and NIEA (National Indie Excellence Award) award-winning writer, she lit her creative fuse to offer us some new alternatives.

Tired of the phrase ‘not in a million years’ the author of bestselling writers guides Outlining Your Novel and Structuring Your Novel came up with the saying ‘not in a river's lifetime’ as a replacement.

‘Come Hell or high water’ is another pet-hate of the fantasy novelist, who also mentors other writers via her website HelpingWritersBecomeAuthors.com. Instead, she suggests we say ‘come hurricane or heartburn’, a phrase which conjures up imagery we can perhaps feel more connected to, even if less comfortable with.

Dating back to the 1920s, this was initially a clever metaphor expressing emerging hope, however the over-saturation of its use has led to cartoon parodies where the light turns out to be an oncoming train. Almost a hundred years old, we are now long overdue to come out the other side of the tunnel.

Originating as the opening sentence of 1830 novel Paul Clifford by Edward Bulwer-Lytton, this sentence is now synonymous with bad, melodramatic writing. In a way it is a testament to the impact it had on its initial audience, however when a sentence has become the primary example of purple prose (flowery language which draws attention to itself) then it can no longer serve a practical function beyond parody.

Meredith Resnick is the creator behind the award-winning writing salon TheWritersInnerJourney.com, and she has managed to make one of her most widely used clichés work for her by hatching a positive spin on it.  She has turned ‘don’t put all your eggs in one basket’ into a personal reminder. ‘When it comes to writing it helps me to view the eggs as valuable components’ explains the therapist turned writer. ‘For me these components include willingness, vulnerability, and surrender - I can never have too much of them in my writing. When I am feeling broken as a writer these help me get back to the pages’.

4. ‘The best thing since sliced bread’

Sliced bread as we know it became a mechanised process from 1928 onwards. It was such an ingenious invention that it made front page news (well, at least in the local paper of the town where the first bakery to use it was). The uniform slicing of bread then made easier the mass production of toasters, bringing joy to millions. So for a short while after, whenever some new device became available it was understandably ‘the best thing since sliced bread’. Since its debut however, the mechanisation of domestic life has increased to an almost limitless amount, and brought with it some genuinely impressive results, which in the digital age makes comparing any new invention to a bread slicer somewhat obsolete.

Before the ‘talkies’ era of films, long scenes of dialogue could become quite tiresome. While editing them a director or producer, concerned that an audience might become bored, would tell the editor they should just ‘cut to the chase scene’, which provides a more visual narrative to follow. At some point in the 1940s it was shortened and entered more common language circles to became another way of expressing ‘arrive at the purpose sooner’. In fiction, it then developed into a phrase uttered by characters who have ‘edge’, but how can a character now be considered ‘edgy’ by using phrases from almost a century ago? 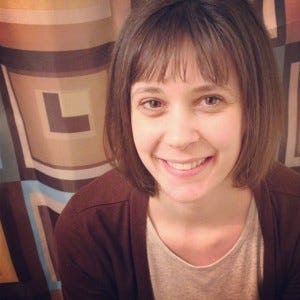 WritersBucketList.com blogger Dana Sitar has her own preferences when it comes to some of the clichés on our list. In order to express a need to circumvent something, she always does her best to avoid using ‘avoid like the plague’ as though it were, erm, the plague, instead opting for ‘give a berth as wide as’. The busy co-host of the comedy podcast This Is Temporary and one-to-one writing coach never ends the day by ‘letting her hair down’, but prefers to ‘loosen her muscles’ and ‘kick her shoes off’ instead.

According to medical experts in the 17thcentury, when you’re angry your blood boils, which is why you feel so hot when bad tempered. Actually this is only a theory regarding the phrase’s origin, which sounds as ridiculous as the saying itself. At best this is a saying from an erroneous origin, at worst it is cartoonish hyperbole.

1. ‘The pot calling the kettle black’

Meant to signal an irony in one’s world-view, there is actually a bit more to this idiom than most realise. While it may seem obvious that the pot doesn’t appreciate it is just as filthy as the kettle, the subtlety of the added tragedy that the kettle may be so clean that the pot is viewing a reflection of itself has been lost over the years. Of course this lost interpretation would not fit with how the term is mostly used these days.

What do you think of these clichés? Do you agree that most have overstayed their welcome, or do you feel they are a comforting part of a rich and historic literary and cultural landscape? Can you come up with any new sayings to replace them? Share your thoughts below…

How Art Deco Influenced Cross Pens
Behind the Scenes at Parker