Why I’ll never give up my notebook and pen 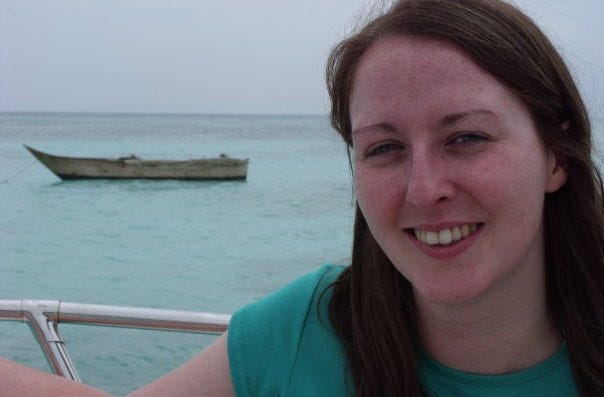 Why I’ll never give up my notebook and pen

Catherine Ball is a freelance journalist and copywriter with more than 10 years’ experience working for regional daily newspapers in the UK. As part of Pen Heaven’s Handwriting Matters campaign, she explains why she’ll never swap pen and paper for modern technology.

For as long as I can remember, I’ve enjoyed writing. I love the feel of putting pen to paper and making a lasting mark. For me writing isn’t just about conveying ideas, I enjoy the physical act of getting my thoughts out of the space where they dwell in my brain and into the real world.

Of course back in the mid-1980s, the choice of writing method really boiled down to picking between pen or pencil (unless you had a typewriter and a bottle of correction fluid handy). But times have changed and now there are so many electronic devices to choose from, it is possible to go days, weeks and even months without ever picking a pen up.

But while there may well be penless households existing quite happily in the UK, mine will never be one of them. I am a journalist who is married to another journalist and in our home, the pen and notebook will always be king.

I’ve always scribbled down my thoughts in notebooks, ticking off tasks when I complete them, scribbling out the errors in judgement and perhaps even expressing myself with a doodle or two. The first thing I did when I returned to the world of self-employment from maternity leave was buy a new hardback notebook to contain all my ideas, lists and reminders.

But there was a point when things could have turned out differently. As I got ready to go to university, I was given a shiny new Dictaphone, which recorded onto miniature tapes. At that moment, I thought that this was the future and imagined making slick recordings of all my interviews.

Reality quickly set in. There was the awkward moment at the start when you have to check no one minds you recording the conversation. This was then followed by the ‘Have I really pressed record?’ and ‘Is it actually picking anything up?’ fumble.


On some occasions, there was too much background noise to hear everything clearly and on others the tape would run out or need turning over. And even if I managed to achieve the almost unachievable and get a clear recording, there was a new horror in store – listening to it all afterwards.

When you use a notebook, everything is written right there in black and white, ready to use. Even though I write my notes in shorthand, I’ve become so accustomed to reading my Teeline squiggles that I don’t often miss a beat when I’m writing things up.

But when everything you need to know is on tape, you’re faced with the tedious task of transcribing the conversation. For me the worst part was listening to my own voice (do I really sound like that?) with every nervous giggle, cough and shuffle recorded there for posterity.

And believe me, what you thought was a scintillating conversation sounds pretty daft when you have to listen to it back again and again as you search for the one part worth quoting.

So at the tender age of 18, my brief fling with the Dictaphone was over forever and I got back to my monogamous relationship with the simple ballpoint pen and spiral-bound notebook. This partnership has served me well in newsrooms across the country.

I know technology has moved on and there’s now an app for just about anything you could imagine. But for me, I’m happy to stick with my notebook and pen. Of course the bulk of my work is now done on computers but when it comes to taking notes, you simply can’t beat a simple piece of paper.

My notebook will never become obsolete or need upgrading. I don’t have to worry about charging it up or even getting it wet (you’d be amazed by the conditions an average reporter’s notebook must endure). I can use my notebook when I talk on the phone or take it with me into a court of law.

I can (and do) keep my notebooks for years without them breaking or being replaced by something faster and better. And if I ever have a really terrible idea, I can at least console myself with ripping out the offending page, screwing it up into a ball and seeing how many attempts it takes to throw it into the dustbin. The simplicity of pen and paper has served us well for thousands of years and I for one have no intention of giving it up.

CALLING ALL BLOGGERS: What’s your relationship with pen and paper? Do you love jotting down your ideas with a favourite pen and notebook or do you prefer a more modern solution? We’d love to read your thoughts on this so send your own articles or a link to a post on your blog to david@ and we’ll publish the best ones on the Pen Heaven blog. You can also join in the #handwritingmatters debate on Twitter.
Which Pen Brand is For You?
Play Our Pen Finder Game