Parker and The Royal Family: A British Tradition 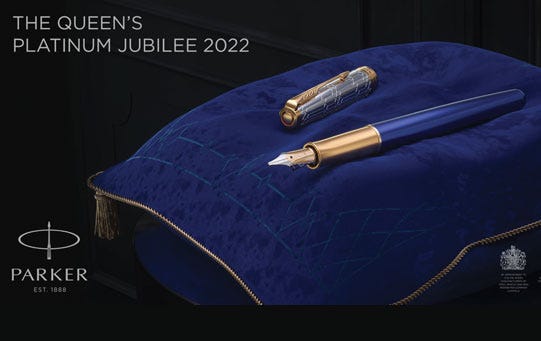 Parker and The Royal Family: A British Tradition

Parker has a long and distinguished history of producing quality writing instruments. This commitment to service and excellence has been recognised by the British Royal Family with two Royal Warrants.

Royal Warrants are a mark of recognition to individuals or companies who have supplied goods or services to the Royal Households for at least five years, and whom have an ongoing trade agreement. The reigning monach decides whom can grant a Royal Warrant; this is currently HM The Queen, and HRH The Prince of Wales.

Warrants are regarded as demonstrating the pinnacle of service, quality and excellence, and therefore are highly prized.

Parker and The Royal Family 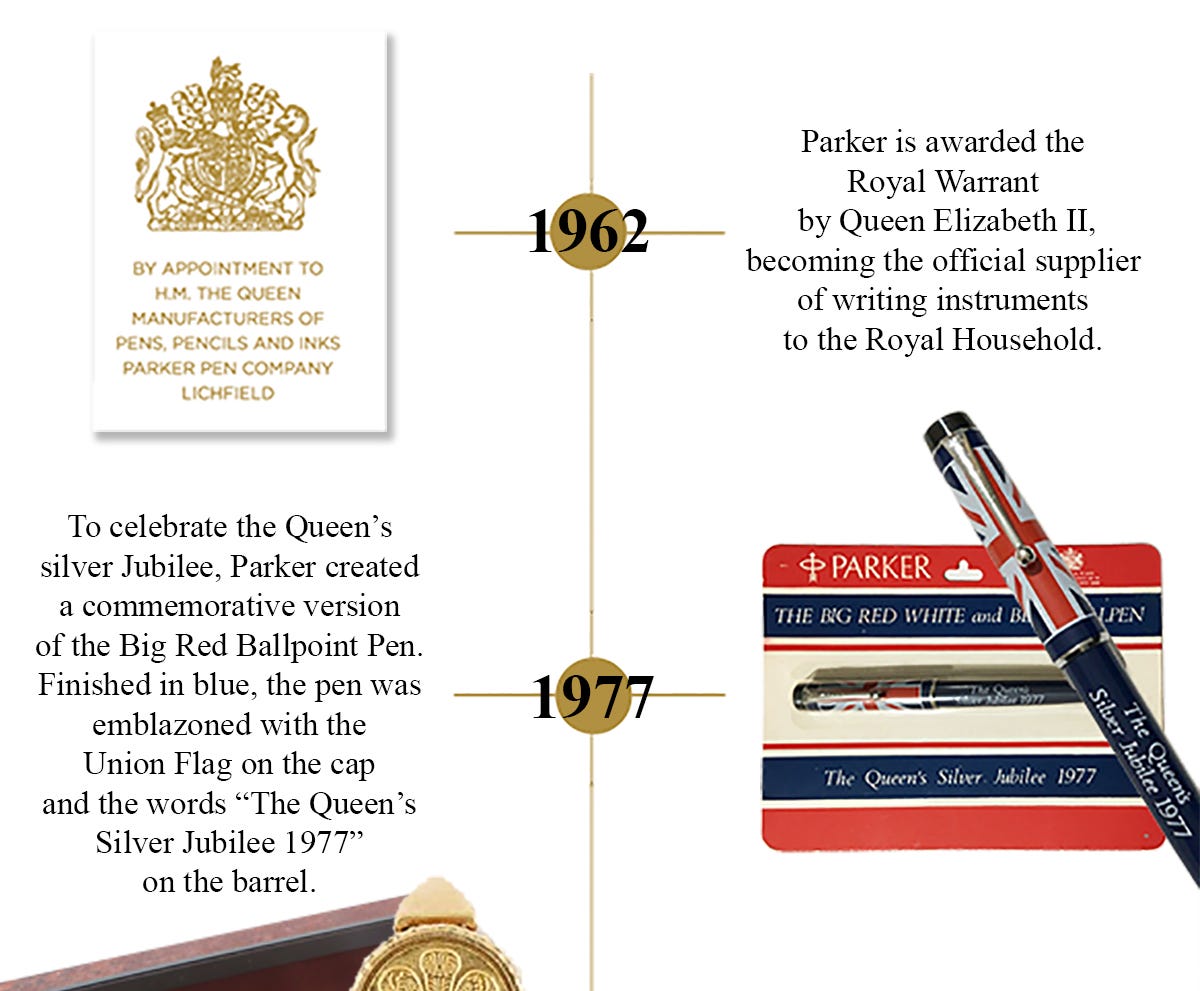 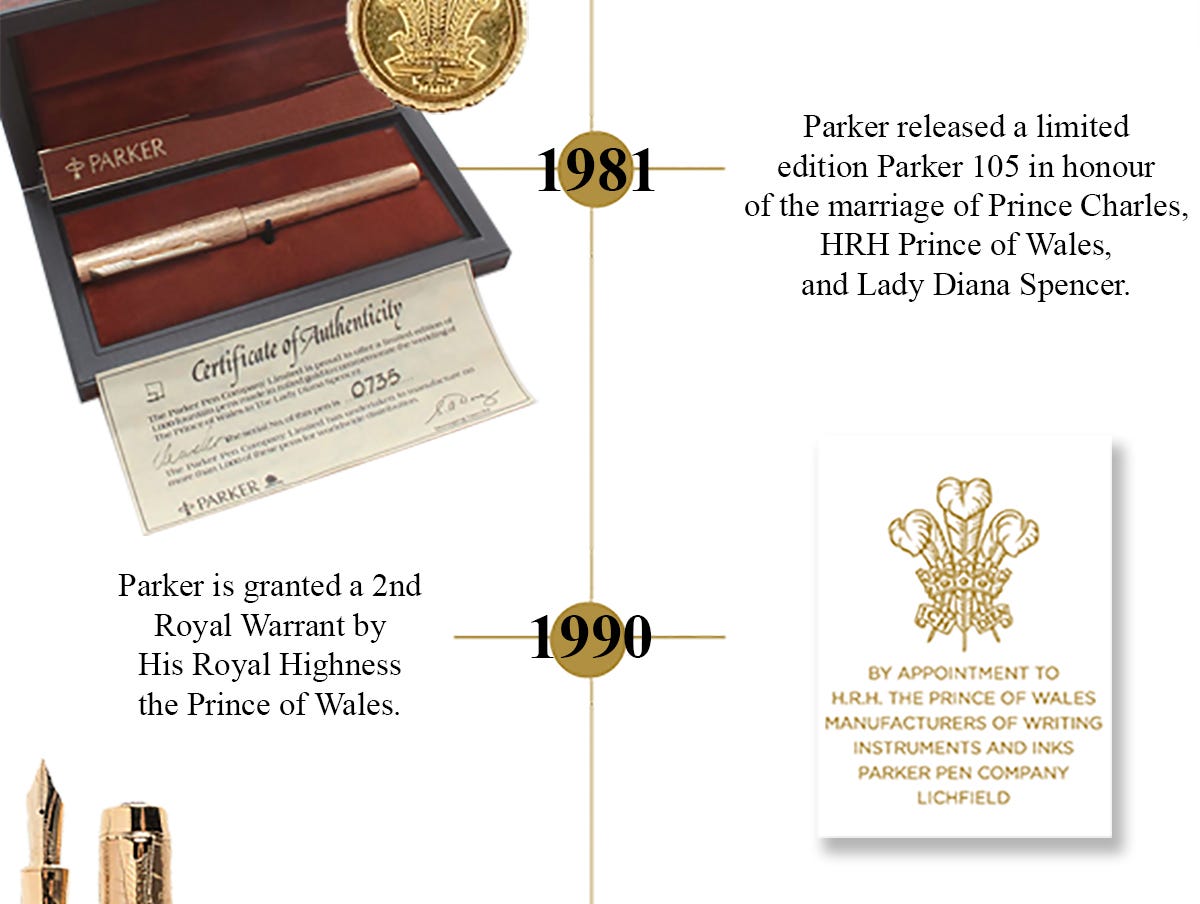 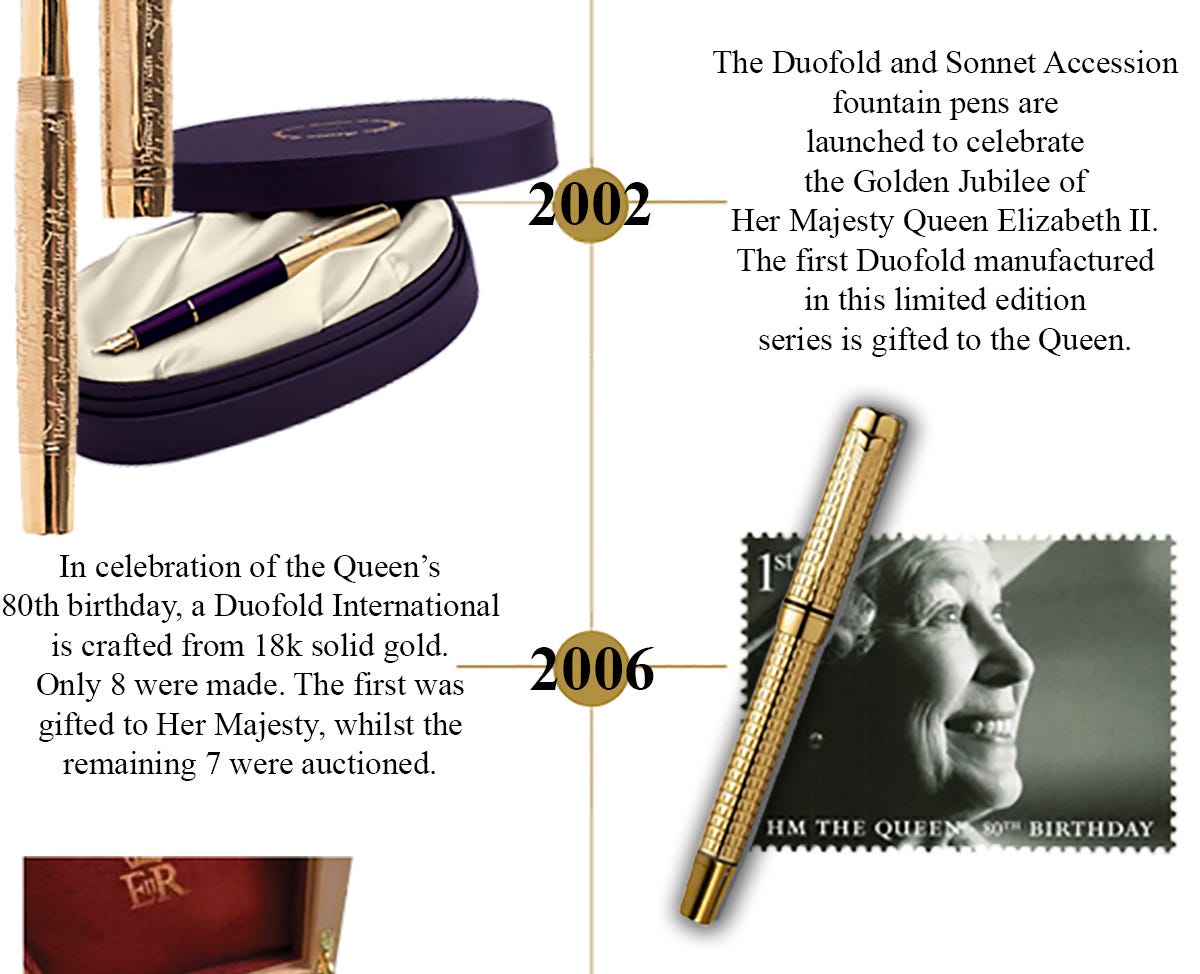 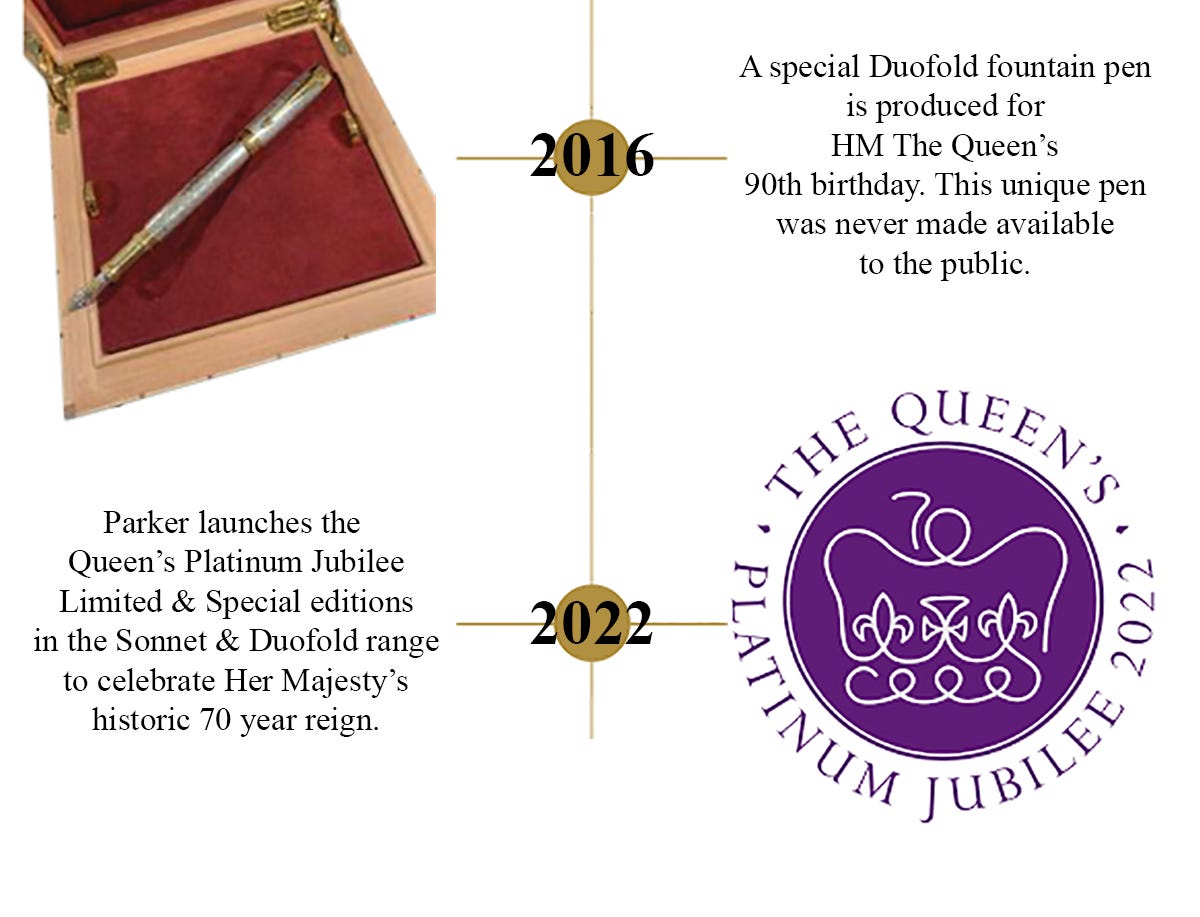 As the Queen's Platinum Jubilee celebrations approach, Parker have strengthened this heritage and their esteemed connection to the Royal Family by releasing both limited and special editions in the Duofold and Sonnet ranges.

Here we look at what makes the Parker Sonnet Queen's Platinum Jubilee so special. 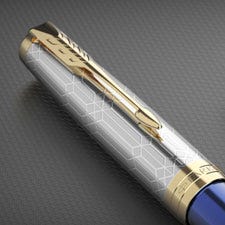 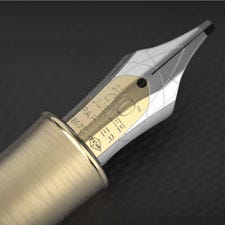 The sapphire blue lacquer barrel is inspired by the precious stones of the St. Edward’s and Imperial State Crowns giving a distinctly regal appearance. Fashioned from sterling silver coated in polished palladium, the cap features an intricately engraved woven motif, whilst the trim is plated in 23k gold.

The Sonnet nib is made from 18k solid gold, with rhodium plating creating a two-tone finish. Completed with a commemorative stamping to celebrate Her Majesty Queen Elizabeth II's 70 year reign.

Having already hit our shelves, those who have been lucky enough to get their hands on the special edition Sonnets are now owners of a piece of British and Parker history.