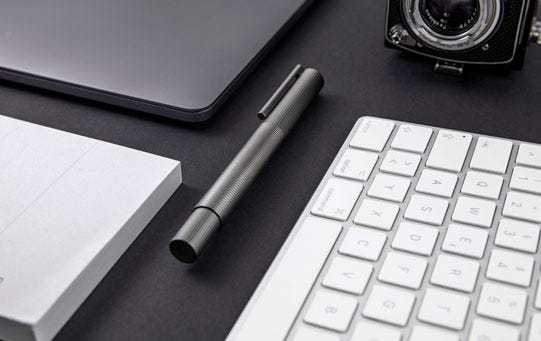 Since their foundation in southwest Germany’s “Golden City” of Pforzheim, Otto Hutt have really made a name for themselves as exponents of cutting edge German design. Last year they celebrated their 100th year as a company, and dazzled us all with the release of the commemorative designC, a pen with an excitingly contemporary look that nevertheless drew on the rich heritage of their surroundings. Now, just one year later, their range is expanding further with the release of the new design08. Can you tell we’re excited? 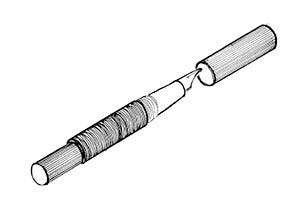 Building on the success of last year’s centennial release, Otto Hutt have once again enlisted Berlin-based designer Mark Braun to bring his clean, Bauhaus-inspired look to their new pen. As with the rest of their output, the design08 marries traditional artisanship with state-of-the-art design techniques to produce something quite special. Visually it is immediately striking, with a tight guilloché pattern adorning the pen’s ruthenium-coated barrel and cap. At one end find a unique six-digit serial number which identifies your pen and demonstrates its distinctiveness; at the other end, unsheath to find an 18-karat gold nib. As ever, no single detail has been overlooked, and each pen is inspected by hand to ensure perfection.

This isn’t merely style over substance, though. As the famous Bauhaus mantra goes, “form follows function” - thankfully a promise which Otto Hutt never fails to deliver on. Their dedication to precision and functionality is exemplified in their innovative Pull and Twist™ refill system, a feature which first caught our eye when it debuted in last year’s designC. The system allows for quick, clean and easy refills - pull back and rotate the end of the shaft to create a vacuum in the ink chamber, submerge the nib in your chosen ink, then fill it up by twisting the shaft back round and clicking it into place. In a matter of seconds with no disassembly or mess, you’re back up and running. 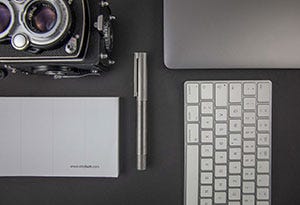 Never content to sit back and rest on their laurels, once again Otto Hutt has produced an exquisite writing instrument that brings together each and every one of the traits that made us fall in love with their pens in the first place. Eye-catching design meets flawless functionality and intricate craftsmanship, all wrapped up in one - we don’t think there’s much more you could ask for.

To Dad with Love
The Pen Heaven Joke ComPENdium