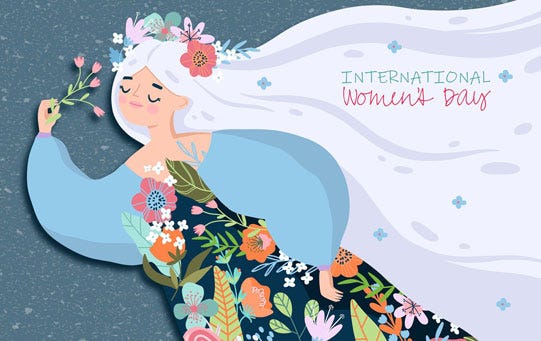 For over a century now, people have commemorated the struggles and achievements of women around the world on March 8, known as International Women’s Day. It originated in New York in 1909, when Ukrainian-born activist Theresa Malkiel proposed the idea to her comrades within the Socialist Party of America. Adopted in Russia at the beginning of the February Revolution in 1917, IWD slowly grew around the world, predominantly in communist countries at first, before a surge in popularity thanks to the second-wave feminist movement in the 60s. In 1977 the United Nations adopted it as an official holiday, with each year focussed on a different theme relating to women’s issues and gender equality.

Although we have come a long way as a society since the early 20th century, there is still much work to be done to achieve equality between genders. The UK government’s own Gender Equality Monitor found that despite being at its lowest since records began, the gender pay gap continues to exist. Currently men still earn 17.9% more per hour than women on average - this means that for every £1 the average man earns, the average woman earns only 82p. Despite making up 51% of the population, women make up only 32% of elected MPs and 27% of FTSE 350 board members. Women are also far more likely than men to drop out of employment in order to care for children or other family members - even now around 8% of people polled agreed with the statement that “a man’s job is to earn money; a woman’s job is to look after the home and family”. It is undeniable that progress has been made in all of these areas, but there is still a long way to go!

In honour of IWD 2022 we wanted to celebrate the lives of women who've changed the world. Here are just a handful who have helped pave the way for women’s equality, and whose legacy will live on for many years into the future. 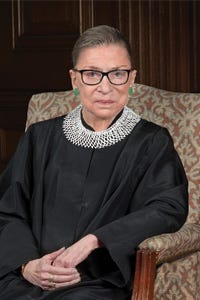 A pioneer for gender equality throughout her long and distinguished career, Ruth Bader Ginsburg understood what it was to face discrimination as a woman in America. Despite graduating joint first in her class at Columbia Law School in 1959, Ginsburg initially struggled to find employment in the legal profession. In fact, in 1960 Supreme Court Justice Felix Frankfurter denied Ginsburg a clerkship explicitly on the grounds of her gender. Eventually securing employment under a different judge, Ginsburg went on to achieve many exceptional things as she rose through the ranks. She co-founded the Women’s Rights Project and the American Civil Liberties Union, and directly lead on many cases which brought an end to legal gender discrimination in the US. In 1993, President Bill Clinton nominated her to the Supreme Court - the second woman and first ever Jewish woman to hold this position, which she held until her death in September 2020, aged 87. 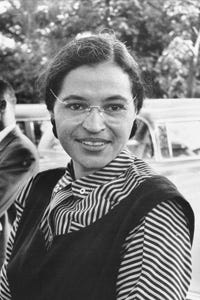 On Thursday 1 December 1955, Rosa Parks boarded a bus in Montgomery, Alabama. Tired after a long day working as a seamstress in a department store, Parks - a black woman - sat down on a seat near the front of the bus - an area reserved only for white passengers, as per the racist Jim Crow laws of the time. Confronted by an angry white bus driver asking her to move, Parks refused, remaining seated until she was eventually arrested. Her humble actions catalysed a flurry of political action and organising, leading to a 381 day boycott of the bus company, and the eventual overturning of bus segregation laws in the state.

A key point often missed from the telling of this story is that by the time of the famous incident, Parks was already a seasoned political activist. She was the elected secretary for her local chapter of civil rights organisation NAACP, and an active member of the League of Women Voters. In the years following the bus event Parks continued to advocate for the rights of women and black Americans well into her 70s, securing her status as a hero of the civil rights movement. 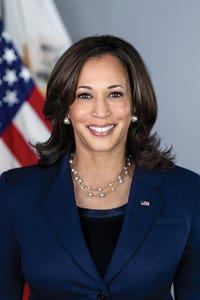 With the Democratic Party victory in the 2020 US Presidential election, Kamala Harris made history by becoming the first woman, first African American, and the first Asian American to hold the position of US Vice President. This achievement made her the highest-ranked woman in US history. Prior to her time on the political frontlines, Harris enjoyed a long and successful career in law, and campaigned for a range of progressive reforms to issues including the death penalty, LGBTQ+ rights, affordable healthcare and climate change. In addition to her law qualifications Harris holds two honorary doctorates, from the University of Southern California and Howard University, and in 2020 was named (jointly with Joe Biden) Time Magazine’s person of the year. 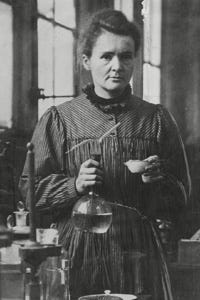 Marie Curie’s contributions to the scientific community are almost unparalleled, even to this day. An esteemed physicist and chemist, Curie was the first ever woman to be awarded a Nobel Prize, is the only woman to be awarded the prize twice, and remains one of only two people ever to be awarded the prize in two separate fields. Most of Curie’s achievements related to her studies of radioactivity - she coined the word itself, discovered the elements polonium and radium, and found early evidence to support the existence of subatomic particles. During the first world war Curie developed mobile radiology vehicles that could be used to carry out x-rays on the battlefield. These “Petites Curies” were used in the treatment of over one million wounded soldiers.

Perhaps most famously, Curie’s advancements in the field of radiation revolutionised cancer treatments. Even today, new techniques and treatments based on her findings are being discovered that can improve the prognosis of cancer patients worldwide. Even by conservative estimates, Curie deserves recognition for saving many millions of lives.

This year, International Women’s Day’s theme is #BreakTheBias. The campaign seeks to encourage people of all genders to imagine a world free of bias, stereotypes and discrimination, that celebrates all women and their achievements, and that is truly gender equal. At Pen Heaven we believe that one of the most effective ways for women to empower themselves is through writing. Whether writing for advocacy, information sharing, or self-expression, women throughout history have used the written word to advance the cause of gender equality. Every woman is different, and every woman deserves the gift of writing, so we invite you to take a look at a few of our hand-picked favourite products below.

Or if she prefers to hop on current trends, try the Parker Jotter XL Monochrome Pink Gold Ballpoint Pen - rose gold is all the rage!

For the Girly Girl

For something a little more subtle, she may like the soft colourway and elegant lines of the Otto Hutt Design 06 Nude Fountain Pen.

For the Nerdy Girl

If she needs a pen that can travel with her absolutely anywhere - even into the gravity-free vacuum of outer space - then the Fisher Space Chrome Bullet Pen with Black Lanyard will be the perfect gift.

Alternatively, if she embraces both old and new, the LAMY safari all black ncode Digital Writing Set is the perfect synthesis of analogue and digital, just what you’re after.

For the Classy Lady

For the Independent Woman

Or, is she's more into trekking into the wilderness, give her a way to document her discoveries in the TRAVELER'S COMPANY Notebook Full Size Brown Leather.

If she sketches the day away with her head in the clouds, the Bomo Art Half Leather Bound Sketch Book is an ideal addition to her desk.

Or help her drive away evil spirits and fall hopelessly in love, thanks to the BENU Talisman Edelweiss Fountain Pen.

Expressions of Love
Very Peri: Pantone Colour of the Year 2022