Defying Gravity: A Brief History of the Fisher Space Pen 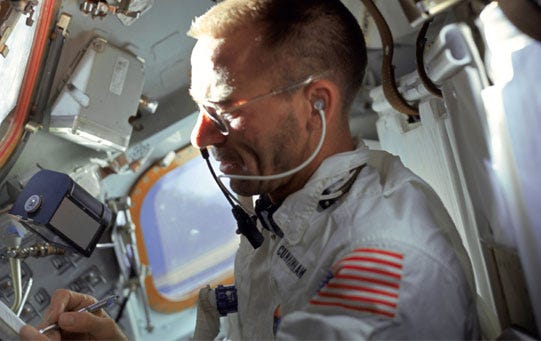 Defying Gravity: A Brief History of the Fisher Space Pen

During the space race in the 1960s, NASA scientists stumbled upon a seemingly small but significant problem - pens could not write in space. The story goes that in order to overcome the issue, the agency invested millions of dollars in research to devise a new state-of-the-art writing tool that would work in zero-gravity conditions. Meanwhile, the rival Soviets saved their pennies and opted for an alternative: the pencil.

This popular story is often told as a kind of parable, remonstrating the Americans for their profligacy and reminding us that the simplest solution is often the best. Unfortunately for those seeking to make a point, the story is almost completely untrue. To celebrate this year’s Space Day on May 6, allow us to set the record straight with a brief history of the remarkable Fisher Space Pen.

The Fisher Pen Company was founded in 1948 by Paul C Fisher. Prior to the invention of the Space Pen, Fisher had managed to revolutionise pen manufacturing once already with his invention of the “Universal Refill Cartridge” - this made the life of a stationer much easier as they previously had to stock different cartridges for each brand of pen they sold.

Continuing his mission to improve the quality of their pens, Fisher set about trying to create a new cartridge that wouldn’t leak or dry up. By 1966 he had invented the AG7 Space Pen, featuring the patented Sealed and Pressurized Fisher Space Pen Ink Cartridge, which employed pressurised nitrogen at the top of the cartridge which expands to force out the ink. This, along with specially viscous “thixotropic” ink, allows the pen to be used pretty much anywhere - underwater, over grease, upside down, in temperatures ranging from -35°C to 121°C, and yes, even in the vacuum of space. Fisher submitted the pen to NASA and, after 18 months of vigorous testing, it found its way on board the Apollo 7 spacecraft in October 1968.

With that we have busted our first myth - that NASA spent “millions” on development. In fact NASA spent nothing at all on development - around $1million was spent by the Fisher company themselves with no outside investment. NASA are reported to have made an initial purchase of 400 pens at $6 a unit - hardly an eye-watering sum!

We then have to ask - why not just use a pencil?

This is in fact what both NASA and the Soviets had been doing up until that point, but they had proven to be an imperfect instrument for a number of reasons.

For starters, the ease with which pencil markings could be accidentally erased was a huge problem - astronauts and cosmonauts were carrying out many important detailed calculations, so precision and accuracy were vital for ensuring everyone’s safety.

What’s more, pencils are prone to breaking, flaking and shedding small particles which, drifting through zero-gravity environments, could very easily interfere with equipment - after all, graphite is electro-conductive, so the risk of something being short-circuited was significant. In fact, not only did the Soviets fail to solve the problem with pencils, they themselves made their own purchase of 100 Fisher Space Pens and 1000 ink cartridges in February 1969. 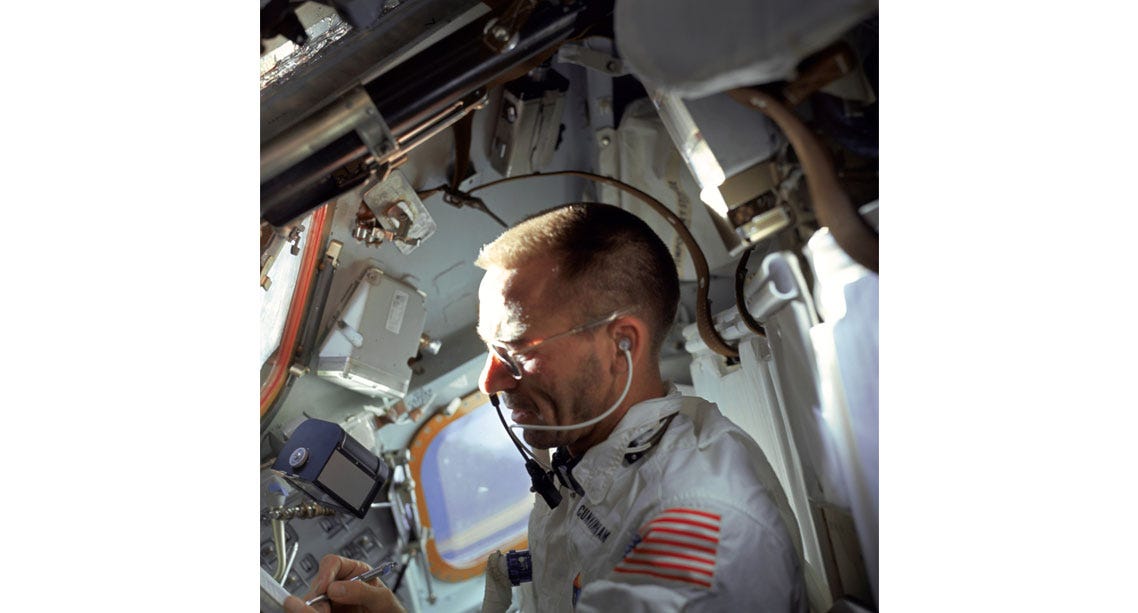 Astronauts and cosmonauts have continued to make use of these pens on every manned space mission since - though the pen remains hugely popular down here on earth too! Over the past half century they have proven themselves to be reliable writing instruments that don’t leak or dry up even in extreme environments. They write flawlessly at any angle, and have an estimated shelf life of 100 years, a claim which few other pen manufacturers can confidently match. Whether you yourself are a budding space explorer, or simply need a pen that won’t ever let you down, a Fisher Space Pen is guaranteed to live long (and prosper)!