A Birdseye View of Pelikan

A Birdseye View of Pelikan

Recently we went on a tour of the Pelikan factory and museum in Hanover, Germany. Having learnt so many interesting facts about their brand history and heritage we thought it’d be rude not to share! 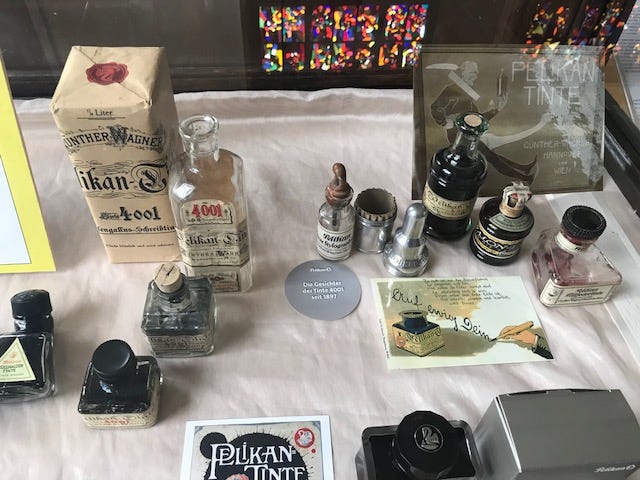 Pelikan originally started life as a water colour and ink specialist. Founded by Carl Hornemann in Hanover, Germany, in April 1838, the factory quickly became renowned for its inks.

Günther Wagner came to work for Carl Hornemann as a chemist and workshop manager in 1863 where he created the ‘Small Honey Paints’. These were small round watercolours which used honey as a binding agent. Recognising the increasing use of identifying marks, Wagner took inspiration from his family crest to create the first Pelikan logo. He placed this new logo on the metal tin of the honey paints.

The Pelikan logo originally had 3 chicks, but after the birth of Wagner’s 4th child the logo shows 4 chicks in the nest. A logo redesign in 1937 saw all the proposed designs move back to 3 chicks. Eventually though another chick was “thrown overboard” as “even the three remaining chicks are still too close together and difficult to make out, especially when reduced in size.” (Fritz Beindorff, Pelikan owner, 1937). Today for further simplification, the logo has only 1 chick within the nest.

Pelikan were well known for their bold advertising posters. Originally in the art nouveau style with people and Pelican’s taking centre stage, the poster style changed to “sachplakate” or “object posters” where the item and brand name were prominent. They also ran several poster competitions in the early 20th century which attracted many participants. 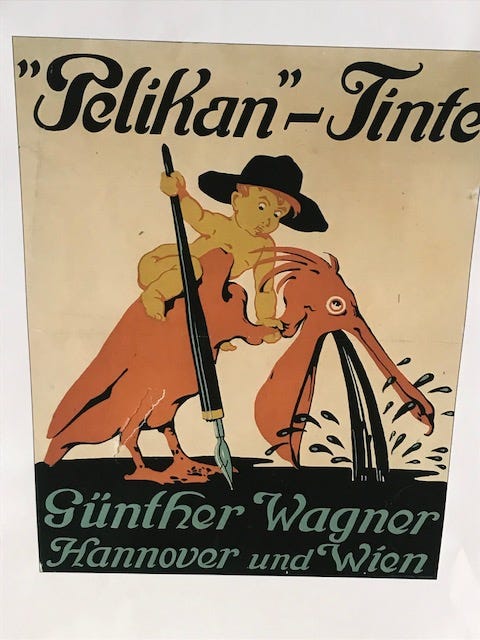 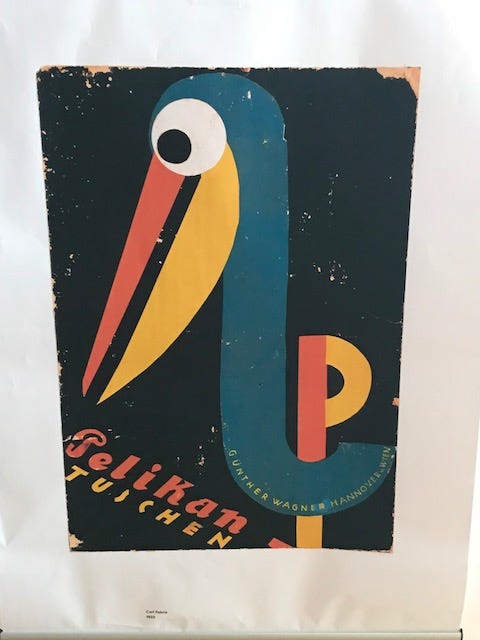 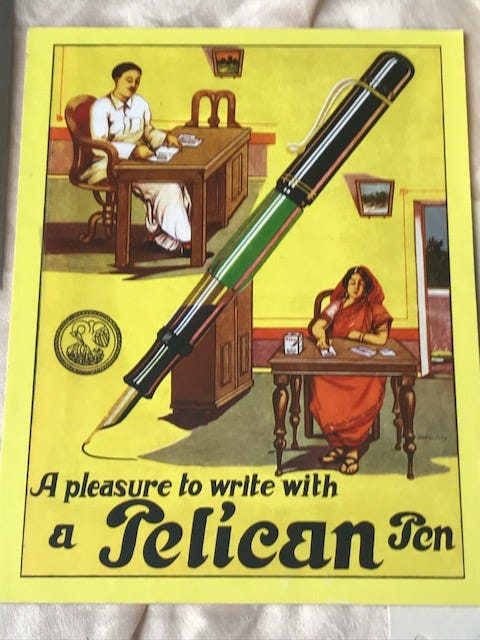 When Pelikan first started selling internationally, they would adapt their name to make it more familiar in the tongue of the country. In England, Pelican, and in France, Pélican.

Pelikan has been a global brand since the early 20th century. By 1928, they had distribution warehouses in the UK, France, USA & Argentina. 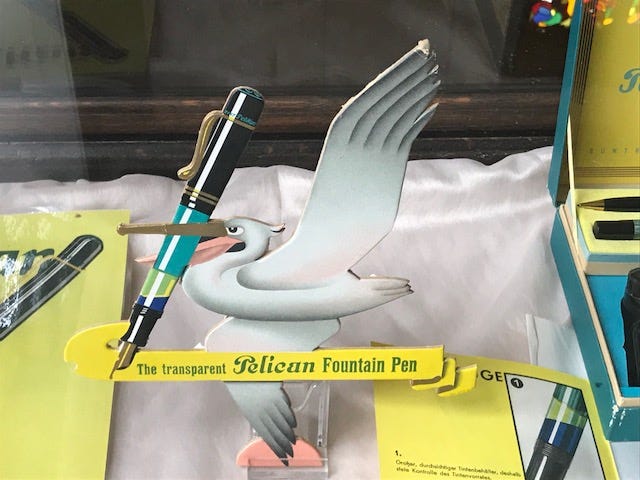 The first Pelikan fountain pen was launched in 1929. It features the green barrel, transparent ink window and piston fill mechanism which are still evident in many Pelikan pens to this day. You can see our full range of Pelikan pens in our size guide blog post: When Size Matters.

Today, every component that goes into one of their pens is made onsite in their factory.

Pelikan are passionate about education and teaching children proper handwriting skills. They have produced a range of pens for beginners and even have a section on their website of teaching aids and worksheets.

It is part of the equipment list for German school children to have a set of Pelikan watercolour paints.

More than 30 different operations go into making each Pelikan nib, before every one is tested by hand. This precision craftsmanship and superior quality control is why their nibs are celebrated the world over.